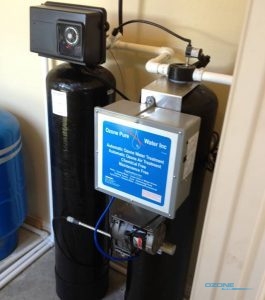 Most of the time, we can trust that our tap water is safe enough to drink and cook with. When tap water becomes unsafe to drink, residents should be notified to immediately to stop using it, but that was not the case for the people of Flint, Michigan.

Residents are now being given bottled water and water filters, but the damage to the health of the city’s residents, especially the children, has been already compromised.

So how did it all begin? In 2014, the state of Michigan stepped in to help Flint get out from under the dangerous financial position the city was in.

To save money, the state thought it’d be a wise choice to switch Flint’s water supply from Lake Huron (which they pay Detroit for) to the Flint River.

THE FLINT RIVER IS A TRIBUTARY THAT RUNS THROUGH THE TOWN AND IS KNOWN TO THE RESIDENTS FOR ITS FILTH.

Resident worries were put to rest by the state that the water was ok to drink temporarily as a new state-run supply line to Lake Huron was ready to be connected. The state estimated the project to take two years.

Shortly after the water switch, residents started noticing that the tap water smelled, and tasted wrong and even claimed it looked dirty. Skepticism got the best of Virginia Tech researchers and visited Flint to test the resident’s tap water for possible contaminants. The researcher’s findings were both astounding and terrifying.

It was determined initially that the water had iron in it, in fact, 19 times more so than the Lake Huron supply.  It was discovered that the state’s Department of Environmental Quality wasn’t treating the Flint River water with an anti-corrosive agent, which is in violation of federal law. The iron was eroding the water mains, which gave it a brown appearance.

A short while later, it was also determined that there was lead in the water. Due to the fact that half of the service lines to homes in Flint are comprised of lead and since the Flint River water wasn’t treated prior to the line connection, lead began to leach into the water supply.

At first, state officials looked past the skepticism and initial research conducted and continued to assure the resident the water was fine.

It wasn’t until a local pediatrician did her own research by examining child lead levels from state required testing and noting that levels had doubled and even tripled, only then the state and city got serious.

So, what do iron and lead do to our health and water supply? Let’s first take a look at iron.

IRON IN THE WATER SUPPLY:

The EPA set the maximum contaminant level goal for lead in drinking water at zero because even at low levels, lead can be harmful to human health

For infants and small children, lead exposure has been linked to damage to the central and peripheral nervous system, learning disabilities, shorter stature, impaired hearing, and impaired formation and function of blood cells.

THE BEST WAY TO DETERMINE LEAD IN THE WATER SUPPLY IS TO HAVE IT TESTED.

We are hoping that the dire situation of unsafe drinking water gets resolved quickly for the residents of Flint, Michigan.

Going forward, it is always a wise choice to have your water supply tested to determine that no harmful contaminants have leached into the water or at most, the contaminant level is within a safe range.

We don’t want to see a repeat occurrence of Flint, MI anywhere else.

The process is efficient and convenient, but 100% reliable at purifying your water supply. Ozone is a naturally occurring material that’s more efficient and cost effective to use over other chemical water treatments.

Ozone, a gas, acts as a powerful oxidant and disinfectant. When it’s injected as tiny bubbles into the water, the ozone precipitates materials such as iron, as well as destroys bacteria at the same time.

The water becomes aerated and filtered, clearing the harmful elements and leaving safe and clean water for drinking.